– Yesterday afternoon, it was vastly reported that the Avalanche were on the brink to trade forward P-A Parenteau and the lead team was the Montreal Canadiens. The rumor originated from the Quebec French television station TVA. Well, in the end it was just that a trade rumor and no trade was really concluded and the Colorado Avalanche Adrian Dater denied the rumor with the Habs. The rumor was sending P-A Parenteau to the Montreal Canadiens in exchange for left winger Rene Bourque. Some trade rumors were even saying the Avalanche wanted in addition to Bourque forward prospect Sven Andrighetto. 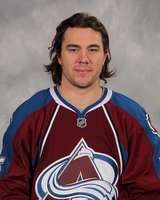 According to TVA Sports, reporter Louis Jean, the trade was concluded between the two teams but the Canadiens general manager Marc Bergevin walked away when the Avs asked to add Andrighetto. But when you ask insider Francois Gagnon from RDS.ca, it is the Colorado Avalanche who ended up not accepting to trade Parenteau to Montreal in exchange of rene Bourque. Gagnon stated that Parenteau being a healthy scratch was never a trade tactic but mainly to work on getting his forward back in the lineup with some adjustments and felt that Bourque was not enough for his scoring forward.

Editor’s Note: I strongly believe there was a pitch for Parenteau but the return given by Marc Bergevin was not enough for Patrick Roy and the Colorado Avalanche. Bergevin is usually discrete on his trade talks with other teams and am sure the rumor was more smoke than there was really a fire.

Girardi and Callaghan – will they or will they go?

The Rangers are looking actively to sign defenseman Dan Girardi and captain Ryan Callaghan but as the time is near for the Olympic trade freeze on 7 Feb 14 and the trade deadline of March 5th, 2014 shortly after;  the need to sign them both is becoming a priority for general manager Glen Sather. According to the TSN NHL Insider Bob McKenzie, Sather will need to sign Girardi and Callaghan and if he can’t come up with a deal for both soon, his plans will be to trade the pair. Girardi who’s turning 30 is looking for a deal similar to what Jeff Bouwmeester gets with St-Louis, which is in the 7 year range at around 5 to 6 million a season. As for Callaghan, he is looking also for a long term deal in the 6 million a year range.

Goalie market is not that hot

The current market and demand for a no.1 goalie is not cold but definitely hot according to TSN NHL Insider Bob McKenzie. He described it as “luke warm” and it appears that the demands for Ryan Miller are there but not NHL wide. Two teams appear to be showing some interest at this point: St-Louis Blues and the Minnesota Wild. This may hamper the work of newly appointed general manager Tim Murray to unload Ryan Miller and get a decent return. If Murray gets traded by the March 5th deadline, it may be to a team who’s not looking necessarily for a rental goalie. A team in the same breadth as the Edmonton Oilers may be more in play for the long term. Or he may just stay in Buffalo…

San Jose defenseman Dan Boyle may be in play

The San Jose Sharks are trying to sign veteran defenseman Dan Boyle after signing veteran Patrick Marleau and Joe Thornton but the latest appears to be that they are in a log jam for a deal. The issue is of course the length of the deal. If the Sharks can’t sign Boyle to an extension soon, look for the Sharks to put him on the trading block. Boyle would love to go back to Tampa Bay with long-time friend Martin St-Louis if things don’t work out in San Jose. As for San Jose, they remain committed to re-sign Dan Boyle who is 37 years-old.

The Colorado Avalanche may be up to more deals in the off-season according to Denver Post’s Mike Chambers. After taking into account the recent signing of Tyson Jost to a one-year and being 5.2 million […]