Now that NHL draft is behind them, many teams are starting to refine their roster by signing some players to contract extensions for next season. This will position them with more accuracy for the free agent period starting on Wednesday.

Today, Trade Rumors.ca looks at the signature of Jacob Markstrom in Vancouver and Antti Niemi in Dallas, the Zac Rinaldo trade to Boston, the Mike Richards contract termination and more.

Yesterday the Los Angeles Kings placed forward Mike Richards on unconditional waiver for the purpose of buying out his contract. Today, news flash, that Richards’ contract was actually terminated by the Los Angeles Kings. The reasons and the circumstances of the termination were not been revealed but all was said from the Kings perspective was that Richards breached the term of his SCP (Standard Player Contract). Below is the statement made by the Kings:

“The Los Angeles Kings today have exercised the team’s right to terminate the contract of Mike Richards for a material breach of the requirements of his Standard Player’s Contract,” the Kings said in a statement. “We are not prepared to provide any more detail or to discuss the underlying grounds for the contract termination at this time.”

The NHLPA didn’t reveal what the circumstances were surrounding the termination of Richards’ contract but made a statement saying they would review the case. Here is an except from the NHLPA statement:

“We are in the process of reviewing the facts and circumstances of this matter and will discuss the situation with the player in order to determine the appropriate course of action,” NHLPA spokesman Jonathan Weatherdon said.

What this means for Mike Richards is that he will be now an unrestricted free agent come Wednesday, and that he will not be paid any money left on his terminated contract. Richards signed this contract in 2008 while with the Flyers when he signed a 12 year contract worth 69 million dollars. Later in 2011 Richards was traded to the Los Angeles Kings in a blockbuster trade that sent Wayne Simmonds, Brayden Schenn and a second-round pick in the 2012 draft. Mike Richards was still owed 22 million dollars on his contract at the time of the termination.

As for the Kings they will only owe 1.32M (AAV applicable) over the next five years in recapture penalties. Should they have gone the normal buyout, they would have been accountable to absorb the cap hit of $4.12M for the next ten years.

There is no doubt this story is far from being over and we will hear more and more as the summer goes on.

The Vancouver got down to business after trading backup goaltender Eddie Lack to the Carolina Hurricanes by resigning prospect goaltender Jacob Markstrom to a two-year-extension worth $3.1 million dollars. Markstrom, 25, played in only three games last season with the Canucks registering one win and one loss with a no decision. In those three games, Markstrom had a 3.08 goals against average coupled with a .879 save percentage.

With Utica, Markstrom played in 32 games recording 22 wins, 7 losses and 2 overtime losses with a goal against average of 1.88 and a save percentage of .934 and 5 shutouts. During the AHL playoff Markstrom was instrumental leading his team to the Calder Cup Finals against the Manchester Monarchs. Markstrom’s record during the playoff for the Utica Comets was stellar sitting at 2.11 for goal against average with a .925 save-percentage

Markstrom was acquired from the Florida Panthers in the trade that sent Roberto Luongo back to Florida in 2014. The Swedish goaltender played 50 career NHL games with Florida and Vancouver compiling a 13-28-5 record with both teams combined.

After acquiring the exclusive rights of Antti Niemi at the NHL Draft on the weekend, the Dallas Stars have inked the veteran goaltender to a to a three-year deal at an annual salary worth $4.5M.  His rights were acquired by Dallas in exchange for a seventh round draft pick.  Niemi

The 31-years-old Finnish goaltender took the Chicago Blackhawks to the Stanley Cup Finals in 2010 against the Philadelphia Flyers. In 338 career games with Chicago and San Jose, Niemi posted a 190-100-40 record with a .916 save percentage and a 2.39 goal against average (GAA). He had spent the last five seasons with the Sharks and was their no.1 goaltender.

In 2014-2015, Niemi recorded 31 wins, 23 losses and 7 overtime losses with the Sharks. His goal against average was at 2.59 with a save-percentage .914. In Dallas, Niemi will be sharing duties with veteran Kari Lehtonen.

Editor’s Opinion: It will be interesting to see how long this will last between Lehtonen and Niemi. Although they great friends off-ice, time will tell where general manager will need to settle on one no.1 goaltender.  I would go as far as predicting that Lehtonen could be on the trade market now (San Jose – maybe??) or later on in the season.

Rinaldo acquired by the Bruins

Today a minor trade to bring up in the NHL which saw the Philadelphia Flyers sending fourth liner Zac Rinaldo to the Boston bruins for third round pick in 2017. The 25-years-old, best known for the one that viciously hit Pittsburgh Penguins elite defenceman Kristopher Letang last January played 58 games with the Flyers last season. He netted one goal and assisted on 5 others, while getting 102 penalty minutes.

Rinaldo was drafted by the Flyers in the sixth round (178th overall) of the 2008 NHL Entry Draft. Over a 223-game-career, Rinaldo recorded eight goals and assisted on 16 other. He also obtained 572 penalty minutes, all with the Flyers.

Cody Hodgson is bought out by the Sabres.

Today the Buffalo Sabres placed on unconditional waivers forward Cody Hodgson while the Nashville Predators did the same with Viktor Stalberg.  Hodgson, once he cleared the waivers will be bought out at only one third of his salary because he is under 26 years of age.  As for Stalberg his cost for buying him out would be at two-thirds of his salary.

Hodgson who recorded 6 goals and 13 points in 78 games played last season was traded to the Buffalo Sabres for defenseman Zach Kassian in 2012. Hodgson will be a UFA only in 2019-2020 and is set to earn another $18.5M on his current contract.  His cap hit was going to be $4.5M for the next four years.

As for Viktor Stalberg, he spent some time with Predator’s AHL affiliate team in Milwaukee. With the Predators, he only played 25 games where he recorded 2 goals and 8 assists for ten points. His cap hit was going to be 3.0M over the next two years.

Also on the buyout front, P-A Parenteau and Mark Fistric all cleared waivers today and were bought out. 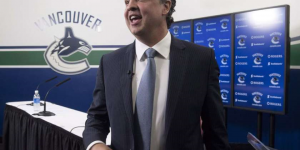 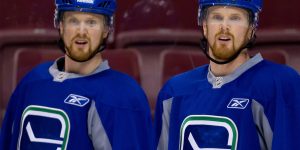 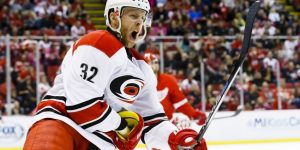 Versteeg to the Kings 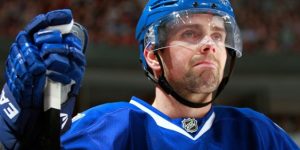 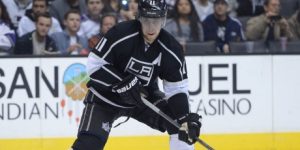