We looked at the impact of the Montreal Canadien's signing of defenceman Jeff Petry and we look at how general manager Marc Bergevin will make space under the salary cap for restricted free agents to sign plus upgrades on the right wing. In addition, we look at what the St-Louis Blues possible changes in the summer following their early exit in the playoff.

What’s the Impact of the Jeff Petry signing?

There is no doubt that the signing of defenseman Jeff petry yesterday will have an impact on what Marc Bergevin will do this summer with his roster. By signing Jeff Petry long term, Bergevin re asserts his beliefs – to win chanmpionships, you need to be solid from the net down. With carey Price in net, he doesn’t need to worry for netminding. Although a more solid backup may be looked at after next year. Now with Petry in the books, Bergevin can now say he has a solid top four that gives him so much flexibility while adding to his offence. Petry has never been a Subban, Carlson, Webber or a Letang for offense but he does have a solid defensive zone exit either with his skating or his first pass. he is also tempted to join the rush as we have seen in the playoff. There is no doubt that the signing of Jeff Petry will enhance the defensive corps of the Montreal Canadiens, but at what expense.

Juggling with the salary cap.

Signing Jeff Petry at 33 million for six years can also be seen as a bit expensive to pay but if Petry would have explored the free agency market, he would have fetched much more from a team with the cap space (like the Colorado Avalanche and the San Jose Sharks) in need of a mobile defenceman. Now the task for Marc Bergevin is to create space under the cap, which will only go up a million or two more this year compare to this years cap at 69.3M. Bergevin still needs to resign forward Alex Galchenyuk who will require a decent raise from his entry-level contract and prospect defenseman Nathan Beaulieu in the same situation.

With all the teams waiting for the official cap amount for next season, which was predicted to be around 71-72M, Montreal should have around 5 to 7M cap space in the off-season to resign Galchenyuk, Beaulieu and possibly centre Torrey Mitchell. Brian Flynn acquired as well from Buffalo is without a contract going into the off-season. So how can Bergevin resign these players, particularly Galchenyuk and Beaulieu and pursue a top 6 forward and a top 2 defenseman.

In order to this, Bergevin will have to shed salary somewhere. It means trading a player capable of bringing quality returns while adding the same salary on the player’s payroll. Usually teams trading to cut salary will take picks in exchange but many teams will also want to trade a player or players with an equal salary. layers that Marc Bergevin can part with to produce cap space are few. Alexei Emelin at 4.1M a season could be an option, Tom Gilbert at 2.8M is also possible. Trading Andrei Markov with a 5.75 M cap hit is an option, but not too many teams will take on his salary at his age. Markov was noticeably slower in the playoff and it showed.

One option for Marc Bergevin may be to trade a forward. Players that could be traded to make room under the salary cap are: Lars Eller or David Desharnais at 4M a season. Although they would bring little return, they would give breathing room under the cap. In addition, P-A Parenteau could be traded as well, but again, not too many takers will step forward. The interesting option may be to trade center Tomas Pleckanec who’s earning 5M a year with two seasons left on his contract. Pleckanec is a leadership player, Therrien loves on his roster. He can shut down top centres in the league, contribute some offence, and take very important penalty kills and faceoffs. Bergevin would find definitely find a taker for Pleckanec but at what risk? He could easily bring a first round pick and allow Bergevin to breathe much better under the soon to be revealed salary cap.

Editor’s Opinion: There is no doubt that the signing of Jeff Petry means that more moves are being planned. Although, there has been some Pleckanec rumors in the social medias, I would see a Lars Eller leaving before Pleckanec. Eller seems to have plateaued in his development and his performance during the regular season were poor. Not only his offence is non-existent, but he doesn’t have that vision a centre must have to make plays. Eller was rumored in trade talks leading to the trade deadline and now may be the time to part with the Danish centreman. On defense, with Pateryn doing well during the playoff and a healthy Beaulieu returning with more responsibilities, Gilbert may be the odd man out. Emelin, at times, can bring some roughness. with Pateryn who can also hit, the Canadiens now have two players capable of hitting and breaking out of their own zone.

According to Jeremy Rutherford from the the stltoday.com, the Blues will have to make some interesting changes in the post-season. Although, they have brought back head coach Ken Hitchcock to a one year deal after pursuing aggressively Mike Babcock, changes on the roster are inevitable if the Blues want to move on to the next step and challenge the Chicago Blackhawks. The Blues with the Anaheim Ducks and the Minnesota Wild are the teams who can challenge the Blackhawks in their conference but for the Blues some changes are needed.

Rutherford discusses the need to maybe let go some offence and what has been the “core of the St-Louis Blues” for the last five seasons. Players such as: David Backes, Alexander Steen, T.J. Oshie, Patrik Berglund and Barret Jackman may be on themove this summer.  Backes who only has one year left on his contract, may be trade bait leading to the trade deadline next season, but general manager Doug Armstrong may be faced to take action this summer after losing in the first round to the Minnesota Wild. Alexander Steen and longtime Blues Patrick Berglund may also be expendable and bring in a decent return.

Armstrong was quoted saying: ?We’re going to explore improving our team to levels we probably haven?t explored in the past, but it has to make sense. There’s value (in trades) if we get better players in return. I?m not trying to say that flippantly. No trade is better than a poor trade.?  The Blues will need to identify their needs and fortunately maybe only minor changes may be required. veteran like Paul Stastny will need to give more after signing last year as a free agent with the Blues.

Forward T.J.Oshie has been trade rumored last Spring leading to the trade deadline to the Boston Bruins and could be gone in the summer. Boston, in need of offence like many other teams is still in the run for Oshie, especially now that the season is over. Look also for Barret Jackman a free agent this season to also leave and for the Blues to have some cap space and dip into the unrestricted free agency market to address other needs.

Editor’s Opinion: It is clear that the Blues will be active at the draft and during the free agency shopping season. This is now two years in a row that the Blues suffer an early exit after solid regular seasons, where expectations were high. You also have to wonder with Hitchcock signed only to a one-year contract, the psychological effect it will have on his team.  True Hitchcock is a great coach, but he is clearly on borrowed time before the season starts. if he can’t get the maximum out of his team during the season, we can also look at an early coaching change either during the season or next off season. This could be Kirk Muller’s second chance at a head coach position with a different philosophy behind the bench. 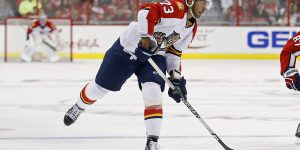 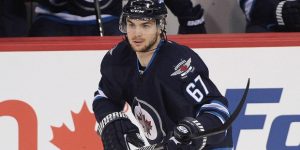 Flames players targeted for trades It is pretty clear the Flames will not make the playoffs this year which will make them sellers prior to the trade deadline on 5 March 2014. According to the […]