In the latest NHL rumors, Elliotte Friedman and the rest of the panel at Hockey Night In Canada discussed a few NHL rumors circulating as of now. Friedman stated the Los Angeles Kings have demonstrated some interest for Buffalo Sabres power forward Evander Kane. Kane like in Winnipeg has had its share of problems off the ice couple with injuries on the ice.

It’s been known for a while the Buffalo Sabres have made Kane available but not at any price. Evander Kane is in his final year of a six-year 31.5M contract with Buffalo. The Sabres would like to get rid of Kane and free up some space for some upcoming contracts due for a raise.

At this point, the Sabres are looking at trading Kane but don’t discard the option of him being extended, shouldn’t they find a taker. The Kings are rumored to be the front-runner for Kane but apparently, other teams are also investigating. The Kings could package players such as Alec Martinez and Brayden McNabb for Kane and maybe a late round pick.

Price for Chris Tanev is high

On the same Hockey Night in Canada 2nd period intermission segment titled “Headlines”, Elliotte Friedman also mentioned that forward Chris Tanev was made available by the Vancouver Canucks but the price to pay would be very high. Some teams have been calling the Canucks about Tanev and leading to the NHL draft discussions could intensify. According to Friedmann, he was quoted saying, “If Chris Tanev is going anywhere, the price is going to be very high for him.”

Tanev played 53 games for the Canucks in 2016-2017, recording 2 goals and eight assists for 10 points. Vancouver Canucks general manager Jim Benning could be dangling Tanev in order to climb higher in the draft. Last week, it was reported Vancouver was looking at a higher selecting position in the upcoming NHL Selection draft in Chicago on the 23rd and 24th June 2017.

At this time, the return required for Tanev is unknown, Friedman reported. Friedman finally added by saying: ” I don’t think Vancouver is looking to do this unless it’s a great deal.”

In that same panel during the 2nd intermission of Saturday night’s game between the Predators and Penguins, Nick Kypros mentioned the Coyotes are also discussing options and trades for veteran goalie Mike Smith. Smith has two years remaining on his contract with the Coyotes and could be a cheaper solution for teams needing a solid goaltender like the Calgary Flames.

Kypreos didn’t mention any specific teams on Saturday but you can bet the Flames is probably one of them. During the 2016-2017 season, Mike Smith played in 55 games with a 19-29 record and 2.92 goals-against-average combined with a .912 save percentage.

Mike Smith has a limited no-trade clause, where he can select up to eight teams, he wouldn’t accept a trade to. Furthermore, Smith would also have a say, if the Coyotes decided they had a taker for him.

Kovalchuk still want to play in the NHL next season

On Saturday night during the “Headlines” segment, insider Elliotte Friedman also mentioned that Ilya Kovalchuk was still very much interested in playing next season in the NHL despite the rumors saying he would remain in the KHL. The New Jersey Devils are discussing with teams about Kovalchuk and current rumors are linking the New York Rangers and the Florida Panthers to Kovalchuk. Even if the Devils are trying to trade Kovalchuk, the trade must make sense from their perspective.

Finally a reminder the NHL is imposing a trade freeze prior to the expansion draft set for the 21st of June. Teams can make trades up to the 17th and resume trading players on the 22nd June. Teams will be allowed to trade only with the Las Vegas Golden Knights. Teams can still discuss while the freeze is in place. 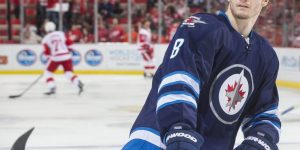 Despite the Trade Freeze actually in effect until tomorrow, many teams are making phone calls and laying the ground work for future trades. Is Yakupov on the trade market? Nail Yakupov on the market? […]