On Sunday, the Toronto Maple Leafs begin a four-game road trip  visiting their nemesis from Alberta starting with a pair of games against the Calgary Flames at Scotiabank Saddledome. Going into this road trip, the Leafs are 4-2-0 and are with the Winnipeg Jets in second place of the Scotia Northern with eight points each.

The matchup should prove to be quite the matchup between the two teams. The Flames have won their last two following an overtime loss in the opener against the Winnipeg Jets.

Auston Mathews’ health status is unknown which could present a problem if it persists. The Maple Leafs sniper is suffering from a upper body injury and is day-to-day. Matthews did not play in the matchup against the Edmonton Oilers where the Leafs edged the Oilers 4-2 on Thursday.

Saturday night during the Saturday Headline’s segment with Chris Johnston and Elliotte Friedman, Friedman reported the Leafs were looking for forwards. Taking into account the recent injuries to veteran Joe Thornton (minimum 4 weeks) out with a rib injury and Nic Robertson also out with a long-term injury, the Leafs will require some forward’s depth.

There were no specific names or terms being specified by Toronto. the team would lean towards a trade or player was specified in terms, but the likelihood is a trade vice adventuring themselves in the free agency market where some notable players are still unsigned.

The inactivity of the Maple Leafs shows general manager Kyle Dubas may be tempted for the short-term to put his trust in players such as Pierre Engvall, Adam Brooks, Alexander Barabanov and Travis Boyd. These guys can occupy some valuable spots on the bottom 6 until Robertson, and Thornton return. Make no mistake, in a short season Toronto will have to make a move in order to maintain their playoff position and challenge for top spot to get home-ice advantage.

The hole left by Mathews and Thornton complicates Dubas maneuvering especially with a tight space under the salary cap.

If we look at the current situation in the NHL of teams looking for help, the Vancouver Canucks (injuries on their blue line) and also the Philadelphia Flyers are also looking for defensive help. The Leafs are still fine with Mikko Lehtonen and Rasmus Sandin who are on the taxi squad. their depth on the blue line may allow them to trade for someone like Travis Dermott.

Dermott has been without a point in his first six games combined to an average ice-time of only 11:27 on the bottom defensive pair with teammate Zach Bogosian. Dermott will also be exposed by the Leafs at the next Seattle Kraken expansion draft  this summer. The Maple Leafs are expected to protect Morgan Rielly, Jake Muzzin and TJ Brodie. Part of the plan would be to trade Travis Dermott and recall either Lehtonen and/or Sandin to fill Dermott for the no.6 or 7 spot.

Some quick decisions will have to be made by Dubas before any drop in the standing. 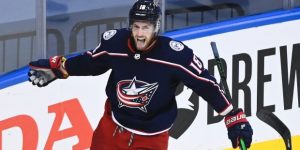 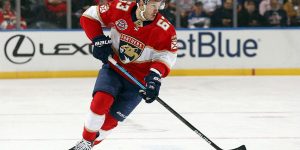