Only 7 weeks to go until trade deadline

– With only a few weeks away from the MLB non-waiver trade deadline and the MLB entry draft behind them, general managers will now focus on making their teams better in preparation to a season’s second half run at a playoff spot in October or trading away assets for a better tomorrow. At this time, only Tampa Bay Rays, the Arizona Diamondbacks and the Chicago Cubs found themselves under the six-games behind bar. That leaves 27 teams still vying for playoff spot.

The trading period is also a race in itself. Team striking early are in a position to get the player available early in the process and make a run right now. In a season where one or two games could separate a team from finishing in fourth place or receiving a postseason berth, adding major pieces in late June—rather than late July—may equal an extra win or two in the standings.

Below we look at some of the most popular trade rumors in the MLB as of today. 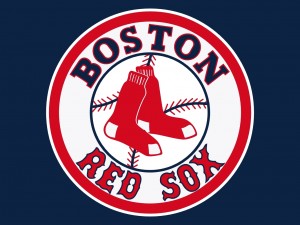 The Boston Red Sox opened the season at a surprisingly low payroll of 156.4 million. Now with the addition of Stephen Drew in the management staff, the Red Sox who have been having a disappointing season following an a World series championship are looking to get back on top and their best way may pass by their rich farm teams. So far, the Red Sox have resisted the need to make a big trade but this may not be the case in the days leading to the 31 July deadline. Their main concerns right now is the lack of offense from their outfielders and this will need to be addressed if they want to play in October.

Should an outfielder meeting their needs look for the Boston Red Sox to be active in the pursuit of this outfielder. They have the flexibility to add more salaries and that will help. With a season filled with ups and downs, the Red Sox still have a chance to make it in. They only sat five losses behind the last wild-card spot. For Ben Cherington, the priority will be add some bat to the Jackie Bradley Jr. (.580 OPS), Daniel Nava (.525 OPS) or Grady Sizemore (.618 OPS) of their roster.

The Atlanta Braves could be seen as team which could not rivaled with the big four: the Washington Nationals, the Los Angeles Dodgers, and the San Francisco Giants. But when healthy, the Braves can play with any teams in the MLB. Like all the teams, they have a weakness and their weakness resides on the mound. Atlanta would like to add more strength in the bullpen.

In the bullpen Craig Kimbrel has been stellar but the Braves need a table setter for the closer. They need this guy who can start closing the books for Kimbrel, pitcher who can make a difference around the sixth, seventh inning. General Manager Frank Wren will definitely need to address this issue to stay competitive late in the summer and into early fall. One bright possibility that can achieve this is Shae Simmons where in seven games he has compiled an 0.0 ERA. As of the 11 June 2014, the Atlanta Braves pitchers had posted a 4.57 ERA during the seventh inning this season, the only inning in which the staff owned an ERA above 3.57

Toronto a force to be reckoned…

What a difference a year can be for the Toronto Blue Jays. The Toronto Blue jays with their strong bats are to be taken seriously and for the Jays, their pitching remains the big question mark. Toronto is a AL East favorites this year but pitching will need to be addressed. Despite surprising recent struggles against the Minnesota Twins pitching staff, the Blue Jays possess enough offense to stay in contention all summer long.

Look for general manager Alex Anthopoulos to be active in adding that pitcher in their starting rotation. Toronto wants more than making a run at a playoff spt. They want to be in the playoffs and win it all. Adding a no.1 pitcher in their staff would be a nice shot in the arm. The Blue Jays rotation right now includes Mark Buehrle (2.03 ERA, 3.26 FIP), R.A. Dickey (4.20 ERA, 4.55 FIP) and Drew Hutchison (3.96 ERA, 3.98 FIP).

According to Ken Rosenthal of ESPN.com, the Blue Jays did pursue both David Price and Jeff Samardzija last winter. With the Cubs and Rays profiling as two of the worst teams in baseball, it’s widely assumed that both pitchers can be had on the trade market over the next seven weeks.

If Toronto can land a top-tier arm, the current AL East leaders could stay atop the division all the way to October.