Rudy Gay on his way the Sacramento Kings 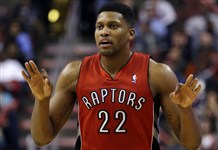 – The Blue Jays have apparently traded forward Rudy Gay according to TSN.ca and Yahoo Sports. Adrian Wojnarowski from Yahoo Sports reports that the Toronto Raptors have reached an agreement in principle to send the 27-year-old forward to the Sacramento Kings. The Toronto Raptors will reportedly receive John Salmons, Greivis Vasquez, Patrick Patterson and Chuck Hayes in return in addition to sending Quincy Acy and Aaron Gray to the Kings. The Raptors will also waive Dwight Buycks in order to complete the deal with Kings. Gay has been pulled from the line-up for the Raptors’ Sunday night game against the Los Angeles Lakers. So far this year Rudy Gay was an important contributor to the Blue Jays averaging 19.4 points, 7.4 rebounds and 2.2 rebounds. He was earning a reported 17.88 million dollars this season making the 15th highest paid player in the NBA. 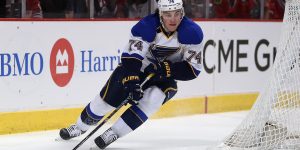 Trade Rumors from Boston, St-Louis and Arizona. NHL Trade Freeze Although the NHL is in its Trade ...read more