According to TSN NHL Trade Insiders Bob Mckenzie, he indicated that there are still some early trade talks going around in the NHL even if the league just started their activities this week. Mckenzie mentioned that the Buffalo Sabres are looking to part with defenceman Tyler Myers. The Houston, Texas native has had sub-par seasons in his last two seasons after his promising debut in 2009-2010. Mckenzie mentioned the Detroit Red Wings are very interested as well as the Anaheim Ducks who have a good bank of prospects. 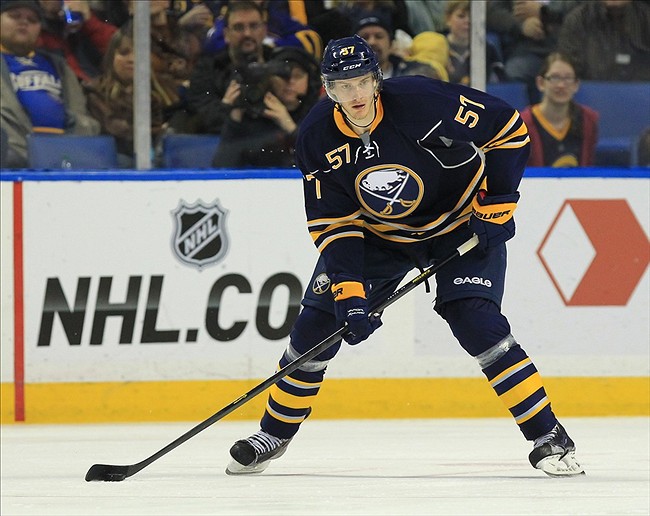 Myers, since his first season where he had 11 goals and 48 points in 82 games played, has not produced as expected with diminishing statistics in the last three seasons and poor play in his own zone. Last year Myers, 9 goals and 22 points in 62 games played, but was a minus -26.

In other news with Buffalo, look for the Sabres to trade forward Chris Stewart and also Drew Stafford. Stewart was acquired last year in the Jaroslav Halak, Ryan Miller trade. Buffalo attempted to trade him by the March deadline last year but were unsuccessful. With the youth turn taking place in Buffalo, Stewart who will be an unrestricted free agent (UFA)  next summer is expected to go as a rental player. Stewart with the Sabres had no points in five games with the Sabres last year. With St-Louis, re corded 15 goals and 26 points in 58 games.

In addition to Stewart, look for the Sabres to also offer Drew Stafford as a bargaining chip. McKenzie mentioned that Stafford is in play and is on the market. The 28 years-old has spent his entire career with the Sabres and has only compiled 16 goals for 34 points in 2013-2014. Stafford will alo be an unrestricted free agent next summer. Stafford was rumored last March to be on the trading block. In 2013-2014, Drew Stafford was a minus -19.

Other notable names on the market…

Mckenzie stated yesterday on TSN NHL Insider that Travis Moen who did play last night is being offered but his contract may be the sticky point. Moen in the last two years has not been the same forward since his arrival in Montreal and his years in Anaheim. Injury has taken its toll on the defensive forward. Also Eric Brewer in Tampa Bay could also be available.

According to Francois Gagnon from the French Sports Network RDS, the rumors of Mike Babcock leaving Detroit intensified this week base o two factors. The first one was that no negotiations or deal would be made during the season. With the Red Wings opening their season this past Wednesday, this will leave a small window of opportunity for the Red Wings management to get any deals done with Babcock. There is also the rumors that general manager Ken Holland and Mike Babcock are not always on the same page. When asked during a press conference about two minor leaguers who were cut from the roster, one being Xavier Ouellette, Babcock who was intent on keeping him responded, you will have to ask the other guy. This response brought immediately to the media that Babcock didn’t have a say on the last roster cut earlier this week.

Editor’s Choice: I believe the Red Wings will take a wait and see approach with Mike Babcock, this season. The red Wings are in a transition phase and have some young promising players coming up from their AHL team. Holland may want to take a different direction under a new coach with the latest crop of prospect coming from 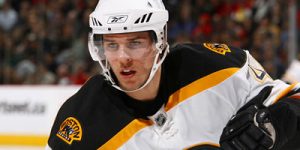