Although the “Olympic trade freeze” is now in effect in the NHL until the 23rd February 2014, many trade rumors will still go on as this time is excellent for general managers to continue negotiations. In this post we look at the Ottawa Senators interest in Chris Stewart, what Marc Bergevin has been up to lately to the trade deadline of March 5th.

According to the Ottawa Sun, the Ottawa Senators are interested in St-Louis Blues forward Chris Stewart. Stewart, who has been linked also to the New York Rangers for the acquisition of Ryan Callahan, has been offered to NHL teams across the league. Chris Stewart has currently a cap hit of 4.15M and has one year left on his contract. He would qualify for unrestricted free agency in July 2015.

Stewart, who’s 26 years-old bring a gritty style of play and Bryan Murray likes his style. It has been rumored that Murray and St-Louis Blues general manager Doug Armstrong have held some serious talks in acquiring Stewart. This year Stewart has produced 26 points in 57 games consisting of 15 goals and 11 assists with a plus -2 rating and 112 penalty minutes.

According to many league executives, Stewart is still young at 26 and is not costly. He competes at the high level and is known to be a power forward. His only downside is that he can be inconsistent in his play and production. In other words there are games where he simply doesn’t show up. Armstrong would like to unload Chris Stewart for an excellent return while he can before he can hit the free agency market where he will likely increase his salary significantly. For the Blues, they would like to add a third line or second line scoring forward to take some weight off Alexander Steen, T.J Oshie and David Backes.

As for Bryan Murray, he is looking at adding a forward that can score on the line of Jason Spezza. All year long, wingers have been rotating on the Spezza line and even the acquisition of Bobby Ryan has not worked as planned. For Murray, he would like to add a Matt Moulson, Thomas Vanek or a Mike Camalleri but not at any price. This could be why the Senators are looking at a winger such as Chris Stewart instead. Let’s remember the money conscious Senators will spend the money only if they can get the same in return.

Editor’s Note: The intent for Murray is to leave the Kyle Turris line intact with Bobby Ryan and Clarke McArthur. As specified above it is the Spezza line that is worrying Bryan Murray. The asking price for a Vanek and Moulson may be too much for the Senators even though they have a nice bank of prospects in the juniors and in Binghamton. The best chip or roster player for the Senators to offer may be veteran defenseman Chris Phillips or goalie Robin Lehner. 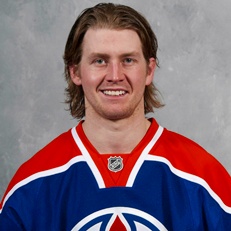 According to DLC.com, a Quebec based website on Montreal Canadiens news, he stated according to a sure source he has that Marc Bergevin loves Edmonton Oilers right-handed defenseman Jeff Petry. Petry, a 26 years-old, 6’3 and 200lbs stay-at-home defenseman would bring size to the Canadiens in front of the net.  So far this year, Petry has 4 goals and 9 assists for 13 points in 58 games with a minus -14 rating. He plays an average of 21 minutes a game. According to his source, Bergevin inquired but the Oilers were asking too much in return. It may be revisited closer to the trade deadline.

It appears the Canadiens are getting a lot of calls for their prospect goalie Zachary Fucale from the Halifax Mooseheads in the QJMHL drafted by the Canadiens at the last entry draft. One of the teams who is very interested are the Oilers. But with the recent acquisition of Ben Scrivens who has been playing really well for them, this interest may have cooled down. Although the Canadiens really like Fucale, he is years away from becoming the goalie between the pipes with Carey Price there to stay and even with Dustin Tokarski playing solid for the Hamilton Bulldogs. Fucale could represent a nice piece in a trade for a big top-six forward.

One other Montreal Canadiens prospects the other teams are looking at is diminutive forward Sven Andrighetto. He is currently the top forward in Hamilton ahead of Louis Leblanc. He is 5’9” but has excellent hands and a great vision with a great on-ice sense. With Montreal having a few small size forwards, Andrighetto could  represent another nice chip to trade or trade one of their small size player now and bring Andrighetto. One team eying Sven Andrighetto are the Colorado Avalanche.

Teams are circling the Montreal Canadiens about Andrei Markov knowing the defenseman is playing major minutes for the team and doing a great job on their powerplay with PK Subban. As mentioned before on TradeRumors.ca in a previous post this week, Markov will be asking for a lengthy contract in the three to four year range at 6 million plus a year. He will be an unrestricted free agent July 1st. Bergevin, who has to consider all his options prior to the trading deadline, will have to decide on keeping his defenseman or letting him go either via free agency, or trade him for an excellent return before March 5th.

Finally, the Canadiens had discussions with the Pittsburgh Penguins about left-handed defenseman Simon Després. A Quebec native, Després may bring some stability and youth to their blue line. Bergevin is looking for a right handed defenseman capable to play behind PK Subban.

After the the loss of youngster Nic Robertson to injury on Saturday, the Toronto Maple Leafs placed two of their players on waivers Sunday. According to Chris Johnston from Sportsnet reported goalie Aaron Dell and […]