Although the “Olympic trade freeze” is now in effect in the NHL until the 23rd February 2014, many trade rumors will surface as this is the time for general managers to continue negotiating with other teams. Today we focus on what the Toronto Maple Leafs are planning to do and who the Islanders are likely to trade prior to the trade deadline on March 5th, 2014.

Options of trades for Dave Nonis

Recently, general manager Dave Nonis has expressed the desire to be active on the trade leading to the deadline March 5th. It is obvious the Maple Leafs are in a buyer mode and Nonis will need to add specific components in order for the Blue and White to go deep in the playoffs. On his shopping list, he would like to acquire a center who can score. Nonis and the Leafs have been linked in acquiring winger Mike Camalleri, who is from Toronto and were in the hunt for him in the free agency of 2009, when he signed with the Montreal Canadiens. In addition, the Leafs have little cap space available, which means they would need to trade other players like a Mason Raymond or Dmitry Kulemin to get the player they want.

In order to do so the prize is steep and that is why center Nazem Kadri may be the price to pay along with another prospect. Nonis hasn’t expressed publicly that Kadri was on the trading block but he hasn’t denied it either. He is definitely listening to teams who are asking about Kadri. Moving a piece like Nazem Kadri may not be doable prior to the trade deadline but more doable in the off-season, at the NHL entry draft for example. Kadri, this year has 15 goals and 26 assists for 41 points in 56 games played. He brings grit and offense to his game even at 6’0 and 188lbs. 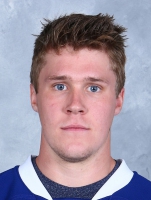 Nonis is also looking at moving possibly defenseman Jake Gardiner. Gardiner who has been mentioned all season long in various trade rumors has had a good playoff against Boston last year but his inconsistency is his downfall. The seventeenth first round pick by the Anaheim Ducks has been struggling at times this season and for Nonis he has to decide if he puts all his faith in Morgan Rielly who has already 19 points, this year. With 17 points and a minus -2 rating, Gardiner may not be the solution for the Toronto Maple Leafs for a deep playoff run.

Gardiner may prove to be the ideal trade bait for Toronto who wish to upgrade their blue line corps. This would undoubtedly encompass additional players, draft picks or prospects. Nonis who traded earlier this year John-Michael Liles to Carolina for Tim Gleason would like to obtain a top four defenseman. One team who was interested in the Maple Leafs defenseman is the new York Rangers.

What to do with Dave Bolland? 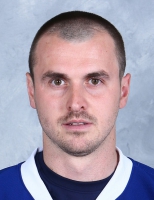 When the Maple Leafs acquired Dave Bolland via free agency last year, they had high hopes Bolland would deliver the product he delivered with the Chicago Blackhawks last year, when they won the Stanley Cups. This was until his serious ankle injury occurred November 4th. Bolland was on a pace to have the best year of his career, with 10 points in the first 15 games of the season. Bolland earns 3.375 million dollars this year and for Dave Nonis, he has to make a decision on whether to retain him or trade him by the deadline in order to free up space on the cap. Although Bolland is almost recovered from his injury, the aftermath and impact of this injury may be different on him. And, for a team to take a chance, the return for the Leafs may not be that great. Bolland would be a hole to fill on a third line and add depth to a playoff team destined for a long run. Chicago anyone???

When talking trade assets for the New York Islanders, the main two that comes to mind are: Thomas Vanek and defenseman Andrew McDonald. Garth Snow has not given up on resigning the two players but Thomas Vanek has recently refused an offer of 50 million for seven years from the Islanders. The Austrian will be an unrestricted free agent July 1st and he has been linked in signing with the Minnesota Wild for personal reasons.

Vanek, so far this year has compiled 19 goals, 30 assists for 49 points. In refusing the offer from Garth Snow, Vanek has indirectly stated he would not return to the Islanders. Many teams are interested in Vanek, but the lead ones are: the Los Angeles Kings, and the Pittsburgh Penguins.

When asked on if he expects to be traded prior to the Olympics, Vanek declared: It can happen at any time. I wasn’t too focused or worried about being traded again.” “I put myself in this situation, so this (uncertainty)] is a part of it. I take it game by game here, as I guess all of us should.”

As for Andrew MacDonald, he has also refused an offer earlier this year worth 16 million for four years. On the last year of a current four-year contract at a current salary of $550,000 is heading for big dollars next year. He is looking at a long-term contract between 5 and 6 million dollars per year.

When interviewed about his contract status and if he expects to be traded, MacDonald stated: “It’s not exactly what you want to be going through.” “I’m sure it’ll cross my mind during the break, but that’s time to get away from it all and, when I’m back, it’s back to business, no matter what happens. I’m an Islander and this is where I want to be. That’s all you can think for now.” Many teams interested in acquiring a top four defenseman are interested in MacDonald. Anaheim Ducks seems to be the front-runner if they don’t acquire Dan Girardi from the Rangers.

Thornton or Marleau on the move? The San Jose Sharks have had another successful regular season but they faltered again in the playoffs losing in the first round to the Los Angeles Kings after leading […]

Dubnyk signs with the Wild

June 27, 2015 Trade HOME, Minnesota Wild Comments Off on Dubnyk signs with the Wild

Devan Dubnyk definitely capitalized on what was a great second half of the last season. Today Devan Dubnyk resigned with the Minnesota Wild to a contract worth 26 million dollars and six more years. Dubnyk […]