Following the news yesterday that Taylor Hall could be placed on the trading block by the Oilers, the buzz it generated around the league was near frenzy. Today on TSN NHL Insiders, Pierre Lebrun gave a bit more details to the rumor. He stated that if the Oilers would trade Taylor Hall, it would likely happen in the off-season next summer when they re-organize their roster for next season. For a trade to happen in the season leading into the deadline, it would be an offer the Oilers can’t refuse. Lebrun who made the calls on this Wednesday to various teams said that many teams would be interested.

Out of the lot, two teams were very interested: the Boston bruins and the Pittsburgh Penguins. Both teams are looking for a top 6 forward to add depth on their top 2 lines. Because of the magnitude of that trade, it would definitely mean an off-season trade to be worked out would be best. Darren Dreger also added to Lebrun’s comments that not only Hall is on the radar but also Nail Yakupov and Justin Schultz. Now these two players would prove easier to move during the season.

One player generating quite a bit of interest is Phoenix Coyote’s Antoine Vermette. The Boston bruins are following his every moves with the Coyotes. As mentioned above Boston is looking for a top six forward and landing Taylor Hall may be a long shot. So the Bruins are rumored to be looking more short term and Vermette seems to be the target in Phoenix. This year Antoine Vermette, who can play center and wings has 21 points in 31 games played with a minus -8 rating.

He will be an unrestricted free agent at the end of this season and it is rumored like the Hall rumors that the Bruins and the Penguins are front runners. The Bruins are looking for a top six ever since Jarome Iginla signed with the Colorado Avalanche and the Pittsburgh Penguins since they lost Pascal Dupuis to injury and who’s playing alongside Sidney Crosby. Darren Dreger said that a trade could be worked out before the Holidays trade freeze commencing on Friday for Vermette but likely leading into the new year prior to the trade deadline.

Bob Mckenzie also added that although Vermette will be highly coveted, general manager Don Maloney will be looking at all his assets prior to the new ownership’s direction once in place. He

Chicago is looking for more depth at center 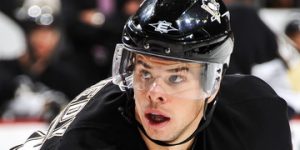 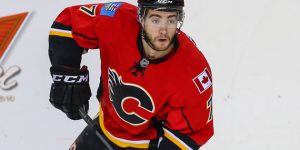