Although the “Olympic trade freeze” is now in effect in the NHL until the 23rd February 2014, many trade rumors will surface as this is the time for general managers to continue negotiating with other teams. This week has been relatively quiet with regards to trade rumors but scenarios may develop leading to some transactions after the Olympics are over. 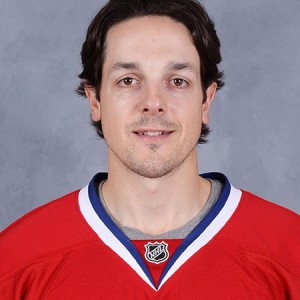 Facing playing limited time throughout the season for the Montreal Canadiens, Daniel Briere has been rumored to be in trade discussions. Marc Bergevin who acquired Briere in the off-season, signing him to a two-year contract at 4 million dollars per season. At 35 years-old, Briere is labeled to be passed his prime. This year, his 17 points in 46 games are sub-par for the Gatineau, QC, native.

Briere has been linked to some trade rumors earlier this year, particularly to the Buffalo Sabres, where has spent a portion of his career. Bergevin at the time denied the rumors were real and reemphasised that Daniel Briere was not to be traded. The coaching staff had confidence that he could put things back on the rails and become the player he once was with the Philadelphia Flyers who bought out his compliance last summer.

Editor’s Note: If the right offer can be made to Marc Bergevin, he may be tempted to slip Briere in a package. Briere, no doubt, has not delivered the expected results to the Montreal Canadiens, but if the Montreal Canadiens gamble on keeping him for the rest of the season, he may prove to be useful in a short playoff season where he has been proven to be providing clutch scoring.

Will Anaheim keep Hiller or trade him?

The Anaheim Ducks are faced with an interesting situation where they will need to make a decision on Jonas Hiller. Early in the season, Hiller who just recently returned from the Olympics after a solid performance in net at the Olympics, was rumored to possibly be traded to the Nashville Predators, when Pekka Rinne got injured and was placed on the injured reserve list.

Hiller who is set to become an unrestricted free agent is on the last year of a four-year, 18 million dollar contract has been dynamite in the Ducks net and a big reason for their success. Hiller this year statistics heading into the Olympics, were 25-9-4 with a .917 saving percentage and a 2.34 goals against average.

On January 14th, Anaheim Ducks general manager Bob Murray declared there was no way he would trade Hiller by the end of the season. Hiller will be looking at a contract in the range of 6 to seven million dollars a season for a six to seven years length. In other words, at 32 years-old, Hiller will be looking to cash in at year’s end.

The focus of the Murray will be to look for a defenseman as previously reported on here at Trade Rumors.ca. New York Rangers defenseman, Dan Girardi was linked to rumors sending him to Anaheim prior to the Olympic break.

Rumors are continuing across the NHL with only 5 days left before the trade deadline. Some of the players who were rumored to two or three teams are now being narrowed to one or two […]

Steve Mason’s agent is seeking a new deal   – The Flyers goaltender Steve Mason may be having a big pay raise come the end of the season. According to CBS Sports, Brian Stubits the […]