It has been voiced over today and yesterday in the media that St-Louis and Tampa Bay were looking at each other lately and are looking at potentially making a deal. The two teams looking at each other makes sense. Tampa would like to add some strength on defense while the St-Louis Blues would like to add some offense. St-Louis have Jay Bouwmeester and Alex Pietrangelo as their top two defenseman with Kevin Shattenkirk as their no.3. St-Louis has made it known publicly, they want to add offense that will complete Vladimir Tarasenko, in a one-two punch scenario. The solution may be residing in Tampa Bay. 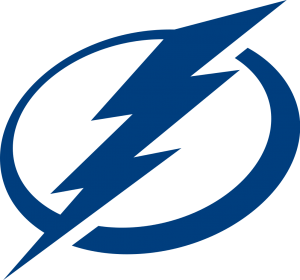 Steve Yzerman, the Tampa Bay Lightning along with his assistant  general manager Pat Verbeek have been observing recent games the St-Louis Blues played. The pair was seen at a recent game against the Ottawa Senators, last Monday. Yzerman was also observing the game between the St-Louis Blues and the Nashville Predators, December 17th. As for Pat Verbeek , he was seen at the Colorado Avalanche and St-Louis game last Wednesday. Usually, when a general manager and assistant general manager are the one’s doing the observing, it means they want to see a prospect or how a blue-chip type of player is doing over a period of time. It also means that one of his top player is in play and they want to see what type of returns they can get.

Sportsnet Insider and Hockey Night In Canada (HNIC), Elliot Friedman is positive something big is going on between the St-Louis Blues and the Tampa Bay Lightning based on the recent observations of Lightning’s management taking on almost all the Blues games. He stated that the Blues professional scouts are also attending the Jonathan Drouin’s games with Syracuse over the weekend.

“There are teams out there, and I think St. Louis is one of them, that are interested in Drouin,” Friedman said. “(The Blues) are going to go down, and some other teams are going to go down, see him skate and seem him do three (games) in three (days), and if Drouin holds up and he does pretty good, I think there is a chance you could see (Drouin) moved pretty quickly.”

The St-Louis Blues are rumored to be after Jonathan Drouin but they may be after some other pieces of the Tampa Bay’s offense. What is known is that the Tampa Bay Lightning are not having the year they had last season. This season the Lightning have been plagued with injuries and distractions with the Drouin trade request and the Stamkos contract status. Speaking of Stamkos, could the St-Louis Blues be after the Lightning’s captain? If Tampa can’t resign Stamkos and their season is slipping down the drain, St-Louis could be tempted to obtain the natural scorer. For St-Louis fans, it would be a reminder of the days they got another prolific scorer via trade when they acquired Hall-of-Famer Brett Hull from the Calgary Flames, 30 years ago.

Who’s available on the St-Louis roster?

That may be the hardest question, to answer. Of the players, that could be sacrificed are defenseman Kevin Shattenkirk, Carl Gunnarson and for forwards, captain David Backes or Alexander Steen could be in play. Steen was rumored in general trade rumors last season. This year he has had a much better season and could attract a better return for the Blues. If Stamkos was to be in play, only a Shattenkirk with prospect like Robby Fabri would be in play. The Blues have a lot of injuries, the latest being their no.1 goalie Jake Allen.  They have recalled Jordan Binnington from their AHL affiliate team Chicago Wolves to take Allen’s spot on the roster.

Editor’s Opinion: There is no doubt there are some negotiations going on with between Tampa Bay and St-Louis. There are likely after Jonathan Drouin, but to obtain offense now, Drouin may not be the solution. If the plan is to get offense for this year, they may be after a bigger piece with Drouin being a part of that puzzle.

December 28, 2015 Trade Edmonton Oilers, HOME Comments Off on Kassian traded to the Oilers

The inevitable happened early this morning when the Montreal Canadiens traded bad-boy right winger Zach Kassian to the Edmonton Oilers for AHL goalie Ben Scrivens. The trade became official at approximately 9:00AM EST which is after the trade freeze […]