Is Sam Gagner being showcased? 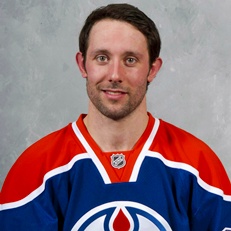 – According to Robert Tychkowski of the Edmonton Sun, the Oilers had Sam Gagner on the top line along Taylor Hall and Ryan Nugent-Hopkins on Thursday for the purpose of showcasing him for a potential trade. He reported previously this week that Gagner will likely be the first Oiler to be traded but he also added that Jordan Eberle and Nail Yakupov may also be on the move. In order to be a solid team, the Oilers need to shed young talents in the smaller size format in order to acquire bigger forwards to complement their actual core of Hall and Nugent-Hopkins as well as adding a solid pair of defenseman and a true no.1 goalie.

Ladd to the Oilers – Maybe?

While Tychkowski was discussing and wishing certain options for the Oilers on the trade front, David staples of the Edmonton Journal reported that Andrew Ladd of the Winnipeg Jets would be an excellent fit for the Oilers and their younger forwards. Staples threw some names in his article such as Andrew Ladd, Blake Wheeler and Dustin Byfuglien. The centreline in Winnipeg is solid for the top two lines with Mark Scheifele and Brian Little and the addition of Sam Gagner on the wing would help the immensely.

Editor’s Note: This option with Andrew Ladd is wishful thinking by Staples. True the Jets who are having all kind of problems lately will definitely try to shake things up but they will keep Ladd in Winnipeg for the time being. The candidates on the block now for them are Olli Jokinen, Dustin Byfuglien, Devin Setoguchi and Mark Stuart. The Jets are closer to fire head coach Claude Noel and his coaching staff than trading Andrew Ladd, Blake Wheeler, and Evander Kane.

Katie strang of ESPN Sportsnation was noting in her show that the New York Rangers would be wise to look in acquiring Winnipeg Jets Dustin Byfuglien. Although Byfuglien is a high-risk defenseman, Strang noted that the need to have Byfuglien playing in Alain Vigneault’s style of hockey may help him out. She mentionned that if the Rangers are to move Michael Del Zotto, and / or Dan Girardi with no new contracts, Glen sather will have to acquire a puck moving defenseman.

Last night on Sportsnet, there was an interesting discussion taking place from analyst Brad May and his host on Sportscenter about what the Columbus Blue Jackets will do with Marian Gaborik. His contract is due to expire at the end of the present season where he will become an unrestricted free agent and the Blue jackets are not close to a playoff spot as the second half of the season is underway. In addition, the negotiations have been on the mute button following his return from injury recently. Gaborik has had an awful season but his talent is exceptional. He would make a welcome addition to any teams as a rental player looking for offense on their top six forwards. Teams who could use Gaborik’s offense are the Montreal canadiens, the Minnesota Wild, the Philadelphia Flyers and the New York Islanders. The Blue jackets will definitely have to look att he possibility to unload Gaborik who has not performed to the expectations of Columbus management staff.