The NHL with its general managers are meeting this week in Las Vegas prior to the NHL Award to be presented tonight before heading to Sunrise Florida for the upcoming NHL Entry Draft on Friday. This is a perfect opportunity to get trade talks up a notch and create more rumors.

In this post, Trade Rumors looks at the Milan Lucic in Boston who could be heading to the Big Apple or the Westcoast, the Arizona 3rd pick and the buzz it is creating and also the goalie market is front and center in Las Vegas. 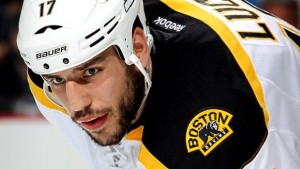 The Bruins will have a busy off-season. Not only do they need to upgrade the roster in order them to make the playoffs next season, but they also have to deal with cap issues and resigning players and letting go some they would rather keep. That could be an option for newly appointed general manager Don Sweeney. Joe Haggerty, from CSNNE.com reports rugged forward Milan Lucic has been inquired by other teams and is rumored to change teams in the off-season. Lucic has a cap hit of 6.0M for another season and with a declining production since winning the Stanley Cup in 2011, his value of untouchable has considerably changed.

The new rumors about Lucic have surfaced on Tuesday and have generated a lot of buzz across the general managers attending meetings today in Las Vegas. On Tuesday, the rumors had two teams interested in Lucic. The first one started when words that the New York Rangers who are in need of toughness and some scoring inquired about the 27-years-old. Words from New York came up that the New York Rangers would like to take Lucic and send defenceman Keith Yandle to the Bruins.

It’s a deal that would help both teams. Bruins would get a top-four defenceman and free up some cash under the salary cap to resign Dougie Hamilton. Yandle’s salary is only a 2.65M cap hit since Arizona decided to take on half of Yandle’s salary. Rangers wouldn’t have their back against the wall with Lucic’s contract and they would address an obvious need detected in the Conference Finals against the Lightning. The Yandle deal was a moderate success for the Rangers who paid an hefty price to acquire him.

And what about the Vancouver Canucks?

The other rumor has the Vancouver Canucks kicking the tires with Boston on Lucic. We all know Jim Benning’s history with the Bruins and that rumor makes sense. Lucic is from Vancouver, played his junior career there and would be a good fit to protect the Sedins and throw his body in a Western Conference that plays big body hockey.

John Buccigross suggested that trade rumor on Tuesday and proposed Alex Edler could be the player the Bruins would ask for. Edler played big minutes for the Canucks recording 8 goals and 31 points. He would be a good fit as well on the Bruins top four. Edler who is 29 years-old has been rumored in the past to be targeted by the Bruins. His average ice-time in 2014-2015 is 24;00 minutes. Edler would be a building block and potentially other players could be involved.

With one year left on Lucic’s contract, Don Sweeney has to make a serious decision with regards to his hard-hitting forward. As of today, Lucic hasn’t been approached to waive his fifteen teams no-trade-clause.

Now that Arizona Coyotes general manager Don Maloney has opened the door wide for a potential trade of his 3rd pick overall on Friday at the NHL Entry Draft, a flurry of offers are now coming in from other teams wishing to go up in draft. According to Sarah McLellan of The Arizona Republic she reports up to six teams have shown some form of interest. Of these six teams, two have made serious offers. Maloney is asking for a 1st round pick, prospect and top six forward.

It was leaked that one of these two teams appear to be the Columbus Blue Jackets. This news tie in with reports from Aaron Portzline of the Columbus Dispatch are very interested in moving up in the order of selection. Columbus is currently selecting eighth overall.  It’s rumored the Blue Jackets are high on Boston College’s Noah Hanifin. The Blue Jackets who have three picks in the second round would likely use two of their second round picks as asset to trade away for the third pick overall.

Goalies are front and center

According to Bob McKenzie, the trade market for the goalies is probably where the strongest trade rumors are right now with two days away from the NHL Entry Draft.  He mentioned that two  Canadian teams are sellers right now with the Vancouver Canucks  (Jacob Markstrom / Eddie Lack) and the Ottawa Senators (Craig Anderson / Robin Lehner).  On the buyers side, also two teams are active in getting a goalie for next season. He indicates the Edmonton Oilers and the Calgary Flames  are looking for a goalie. Of note, McKenzie also said not to count Los Angeles Kings backup Martin Jones out of the equation.

Again, the price for one of those goalies could be a second round pick and a player,  a second round pick and another lower draft selection (3rd or 4th round pick), He compared the goalie market to a musical chair event where when the music stops they may not enough goalies to find teams. What complicates matter, is also the free agency market for goalies. Devan Dubnyk (Minnesota Wild), Antti Niemi (San Jose Sharks) and Karri Ramo (Calgary Flames). Add to this possibility of Cam Talbot in New York also on the trade market. 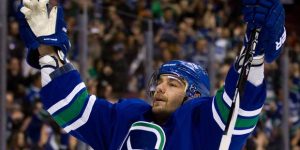 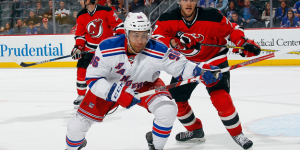 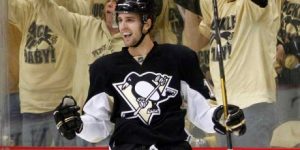 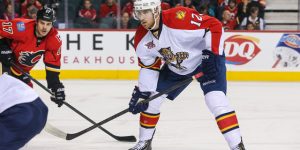