Kevin Bieksa close to a move to San Jose 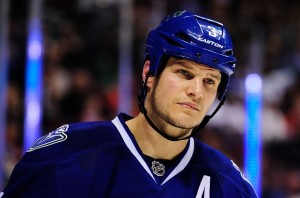 Sharks trying to get Bieksa

According to Sportsnet.ca Hockey Insider Elliott Friedman, he is mentioning via Twitter that defenceman has informed the Vancouver Canucks he would lift his no-trade-clause for the San Jose Sharks as a possible destination. based on his feedback to Canucks management, the Canucks and Sharks are working a deal but that could take some time to resolve. Should a trade not work Bieksa may want to expand his list of potential suitors. Yesterday, we also mention that Bruins may also be in the picture. With Dougie Hamilton’s contract situation the Bruins are looking at the possibility to trade to another team, a Bieksa trade may represent a ripple effect on the Bruins defenceman.

One other Vancouver defenseman that could interest Boston as well is Alex Edler who has been rumored from time to go to Boston in the last two years. Sweeney and Benning could be talking business with regards to their defenceman.

** Update – 12:40pm ** Later reports in the day, by TSN Hockey Insider Darren Dreger and Bob Mckenzie on location Florida stated that the San Jose Sharks were closing in on a deal involving Bieksa. Vancouver could be looking at the Sharks first round pick for Bieksa.

Edmonton not trading their 16th for a goalie

In an interview today with the medias and capture by TSN Hockey, Edmonton Oilers general manager Peter Chiarelli will not trade his sixteenth pick for a goalie. With Robin Lehner now gone to the Sabres, the Oilers will focus now on Cam Talbot who has been their lead target since the New York Rangers backup goaltender has been on the trade market. New York is playing hardball with the teams interested in Talbot asking for two second round picks. It is assumed that if the two round picks asked were not possible that the Edmonton 1st round pick (the 16th overall) probably came into play at some point and also discarded.

As mentioned before on here at Trade Rumors.ca, the New York Rangers will need to sweetened the deal like adding a defenceman such as Keith Yandle to Talbot for them to get the 16th overall selection. What remains to be seen is if the Oilers want Yandle who has only one year left before becoming unrestricted free agent after next season. Edmonton would need to get the certainty they can keep him beyonfd next season, but can their budget afford it as well? And what if Nail Yakupov was also part of that deal? The New York Rangers have inquired in the past about the Russian forward and the loss of Martin St-Louis could fill that void on the top six.

According to many reporters on Twitter, prospect defenseman Mike Reilly has decided to go with the Minnesota Wild. The Chicago Blackhawks and the Pittsburgh penguins were also said to be in until the end on Reilly. With his dad as one of the minority owner of the Wild, the decision although obvious took was kept a secret until the very end. Deal should be announced on July 1st when the free agency period commence.

Reilly rejected the offer by the Columbus Blue jackets to re-sign him when his contract expired in June. As much as eight teams were in originally on Reilly for him to sign on but his short list was narrowed to Minnesota, Chicago and the Penguins. 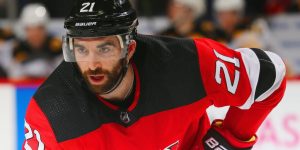